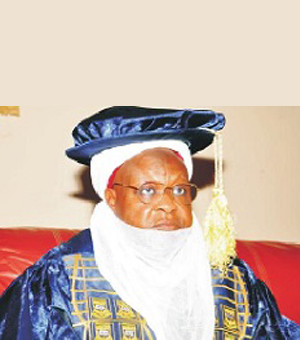 The Emir of Katsina, His Royal Highness, Alhaji Abdulmumin Kabir Usman, was appointed the Chancellor of the University of Ilorin on May, 2015. He takes over from the Dein of Agbor, His Royal Majesty, Benjamin Ikenchuku Keagborekuzi I, who had held the position since March 20, 2006.

The First Class Katsina royal father, who was born in 1951, is the fifth Chancellor of the University of Ilorin since its inception about 40 years ago.

Alhaji Usman was previously the Chancellor of Obafemi Awolowo University (OAU), Ile-Ife. He was turbaned the 50th Emir of Katsina on July 5, 2008, succeeding his father, the late Alhaji Muhammadu Kabir Usman, the 49th Emir of Katsina, who died on March 8, 2008.